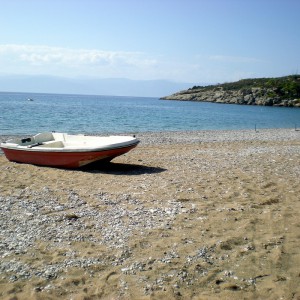 We ask some of our travel buddies around the world which book – while traveling – they enjoyed reading. Here are some of the best and must read travel books according to them:

Driving the Trans-Siberian: The Ultimate Road Trip Across Russia by Chris Raven, 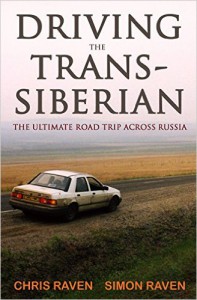 Simon Raven.
Ever had the desire to jump in your car and keep driving; to wave goodbye to routine and commitment, to drive into the unknown hungry for adventure? Well, that is precisely what overland travel writers, Chris Raven and Simon Raven, decided to do whilst stacking boxes of frozen oven chips in a -30 degrees freezer. Not being petrol heads and having zero knowledge of the internal combustion engine, the brothers fired up their rusty Ford Sierra Sapphire and headed east.

One Hundred Years of Solitude by Gabriel García Márquez
The novel tells the story of the rise and fall of the mythical town of Macondo through the history of the family. It is a rich and brilliant chronicle of life and death, and the tragicomedy of humankind. In the noble, ridiculous, beautiful, and tawdry story of the family, one sees all of humanity, just as in the history, myths, growth. A decay of Macondo, one sees all of Latin America. This should be on your list of must read travel books.

Balkan Ghosts: A Journey Through History by Robert D. Kaplan
From the assassination that triggered World War I to the ethnic warfare in Serbia, Bosnia, and Croatia, the Balkans. This has been the crucible of the twentieth century, the place where terrorism and genocide first became tools of policy.

India: A Million Mutinies Now, by V.S. Naipaul
Arising out of Naipaul’s lifelong obsession and passion for a country that is at once his and totally alien, India: A Million Mutinies Now relates the stories of many of the people he met traveling. It was more than fifty years ago. He explores how they have been steered by the innumerable frictions present in Indian society. Such as the contradictions and compromises of religious faith, the whim and chaos of random political forces. 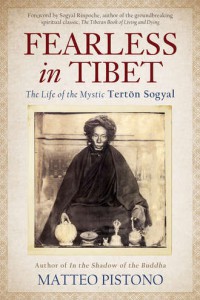 Fearless in Tibet: The Life of the Mystic Tertön Sogyal by Matteo Pistono
Fearless in Tibet captures the essence of Nineteenth-century Tibetan mystic Tertön Sogyal teachings and his inner world of visions and spiritual realizations. It also brings to life the challenges he faced during his early yogic training and his efforts to promote harmony between Tibet and China. This is one of our favorite must read travels books.

The Road to Oxiana by Robert Byron
In 1933, the delightfully eccentric travel writer Robert Byron set out on a journey through the Middle East via Beirut, Jerusalem, Baghdad and Teheran to Oxiana, near the border between Afghanistan and the Soviet Union. Throughout, he kept a thoroughly captivating record of his encounters, discoveries, and frequent misadventures.

What is your favorite must read travel book? Let us know.

*book pictures are from google photos.