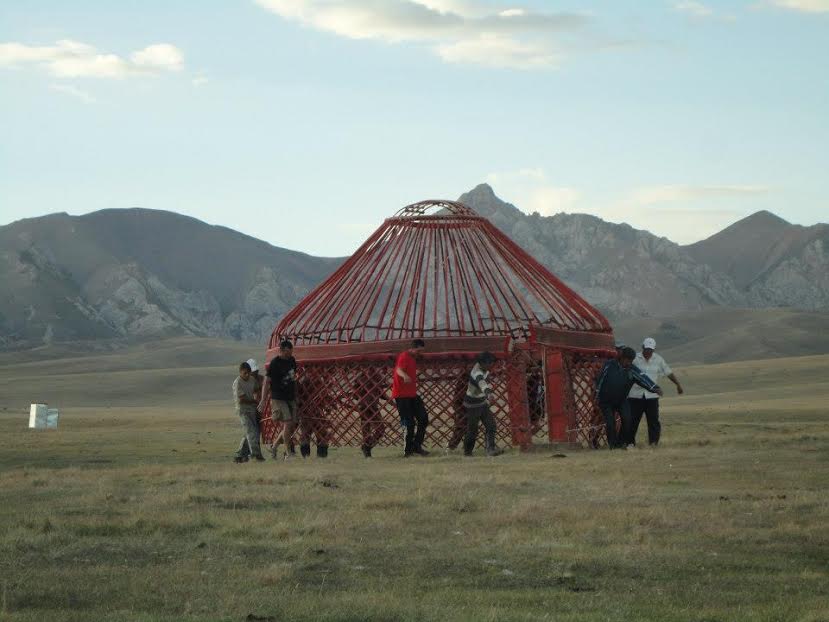 Ben is part of the group Young Pioneer Tours. All of these guys of Young Pioneer Tours travelled a lot and during their travels they learnt what makes and breaks a good trip. Now you can travel with them and have your own unique experience. The focus is mainly Central Asia. These amazing travellers inspired us so much that it was time for an interview. We asked Ben about his Adventures in Turkmenistan, travelling through Central Asia. and if he can give us some travel tips.

You travel a lot through Central Asia. Why is that part of the world so appealing to travel to?
Central Asia is that exotic mix of history, culture and modernity that so many travellers yearn to 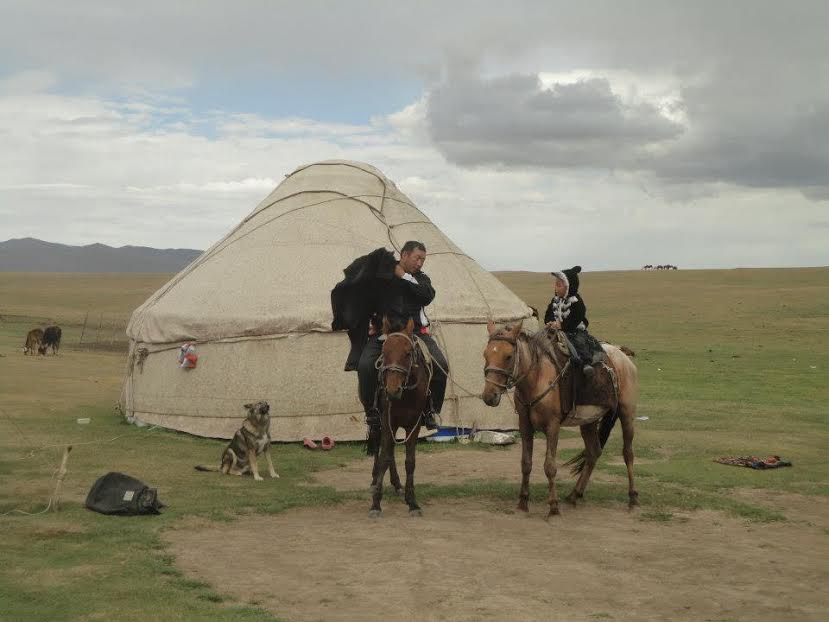 find. Due to it having been part of the Soviet Union, much of it is no different to being in Russia or somewhere in Eastern Europe, but then every so often you’ll realise it’s not quite the same. Sometimes it will be little bits of difference; a slight difference in attitudes, and sometimes it’ll be big, like driving around a mountain bend to find a whole township of yurts and people living in a very similar nomadic way to how they have always lived. That’s something we try to find in every destination we take people to.

Which country in Central Asia is not yet discovered by many travellers and why not?
This is an easy question: Turkmenistan. Turkmenistan is first and foremost a difficult country to get a visa for. People can easily be rejected and that makes our job so much more rewarding. We started Young Pioneer Tours Central Asia to help get people to Turkmenistan and see how much of an amazing and unique destination it is. 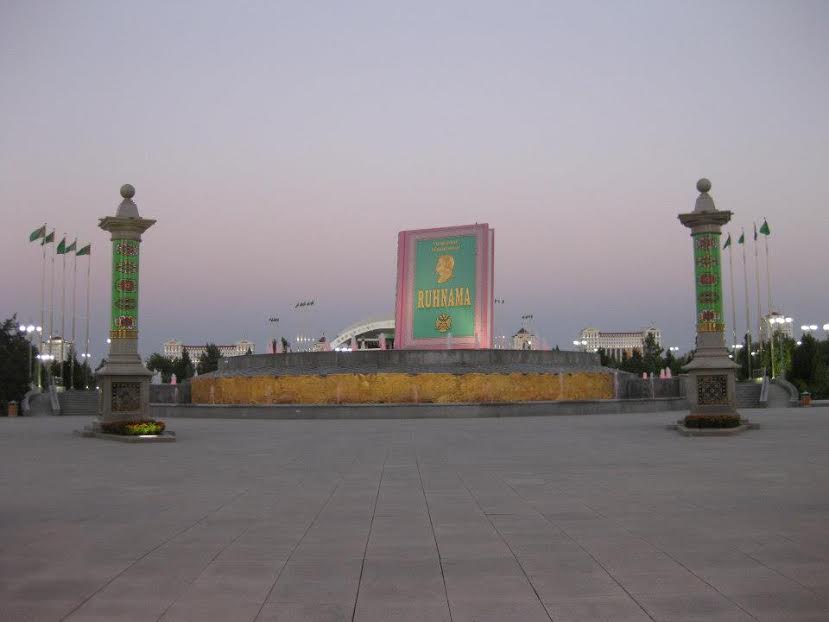 You are currently travelling through Turkmenistan. Why did you choose that country?
Turkmenistan is something really special. People will often say that all cities are the same, but they obviously haven’t been to Ashgabat. Ashgabat is like stepping into a fairytale future. The buildings and amazing monuments have to be seen to be believed. But that’s also why we started YPT Central Asia, because Ashgabat is not where it ends. A lot of people just go to Ashgabat and see very little of the rest of Turkmenistan and that’s where we come in!

And the journey continued…

What advice or travel tips would you give to those of us who would like to go to Turkmenistan?
Come with us on a tour. Last year we were the first group of Western tourists to be allowed to go to the Independence Day celebrations in Ashgabat Stadium. Think North Korean mass games, but Turkmen style. Afterwards we were told that due to our good behaviour we would be able to go to a horse event that the President would also be at which was very exciting, as I’ve never heard of Western tourists who have been able to be so close to him. Our seats were about 50m from his!

What is the ideal trip? In terms of activities, accommodation, length of trip, and what to see in Turkmenistan?
The ideal trip to Turkmenistan is at least one week. You need to see Ashgabat in all its white 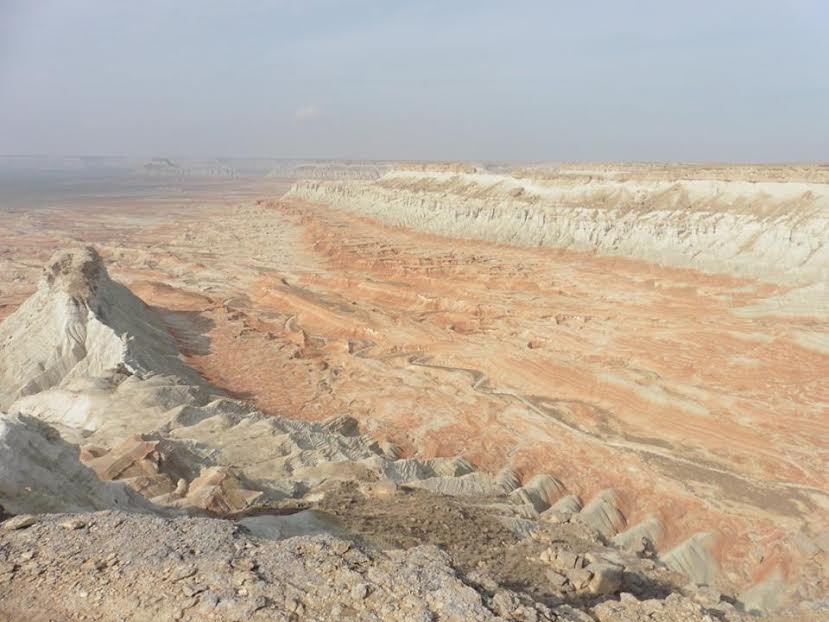 marble and golden glory. There is no city on earth that is anything like it. You of course need to visit the Gates of Hell, an eternally burning crater in the middle of the desert, where the only real way to experience it is to camp overnight. Some people do the 700km round trip from Ashgabat to see it for a few minutes, but spending the night there is truly spectacular.
Then you want to explore some more of the other parts of the country.

From Ashgabat heading west via Kow Ata, an amazing thermal underground lake, you can visit Nokhur, where you can actually stay in a homestay with a local family. Further west is Avaza, an amazing holiday resort on the Caspian coast, which is really a ghost town, with huge 5 star hotels lining the beach, but with no guests at them. From here you must travel to Yangykala canyons, one of the most spectacular things I’ve ever seen. This takes a whole day of 4WD’ing but after seeing it, most other canyons just won’t compare. And even a lot of Turkmen people don’t know that this place exists!

Were there any places in Central Asia you didn’t like? If so, where and what was the turn off?
There’s really no where we don’t like, every place we have been has a different character and different appeal. What there are though are some very depressing towns. Nothing but grey reinforced concrete blocks with no beauty to be found. Some of these towns were built with little or no regard to their surroundings and therefore have huge unemployment rates as there is really no work in these places. We once went to a town where they had run out of water as there is no natural water supply there and they were waiting for the next delivery by truck. The downside of Soviet planning I suppose.

What is your most memorable travel experience in Turkmenistan? 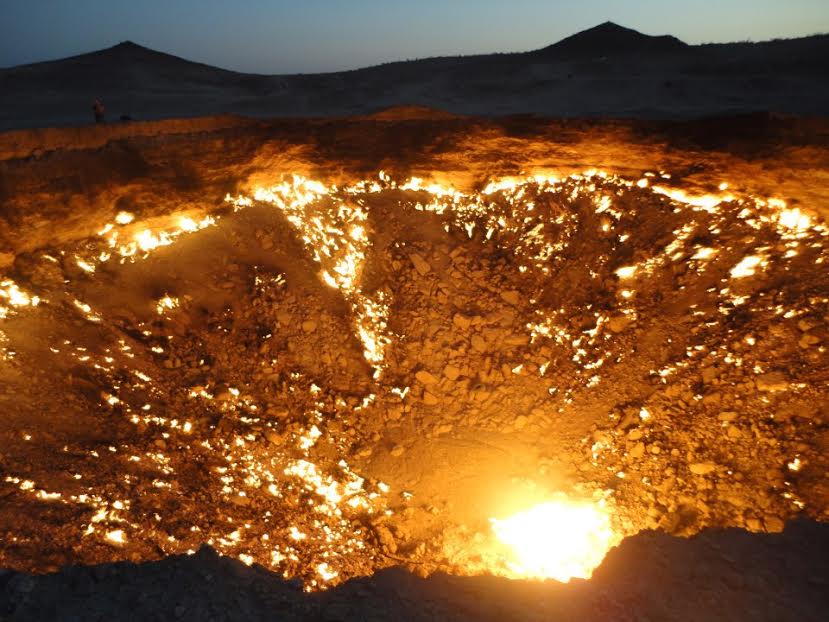 The most memorable moment I’ve ever had in Turkmenistan was the first time I saw the Gates of Hell, or Deverze in Turkmen. To get to the Gates of Hell, the huge fiery pit in the middle of nowhere, you need to be either extremely lucky or be with people who know what they’re doing. The first time we went there it was the former. It was just four of us driving through the desert. There are no signs or indications that you are anywhere near it. After hours of driving we eventually drove over a sand dune to have it appear in front of us in all its glory. It was one of the most amazing things I’ve ever seen and even though I’ve now been back many times it never loses its appeal.

What’s your travel-life itinerary like? Are you constantly travelling?
We’re not quite constantly travelling. While we’re organising our group tours and helping organise independent tours for those who really really can’t stand travelling with other people, we call Almaty in Kazakhstan our home. We live like ordinary people during this time going to the market to buy food, going out for drinks and dinner with friends, but then every few weeks 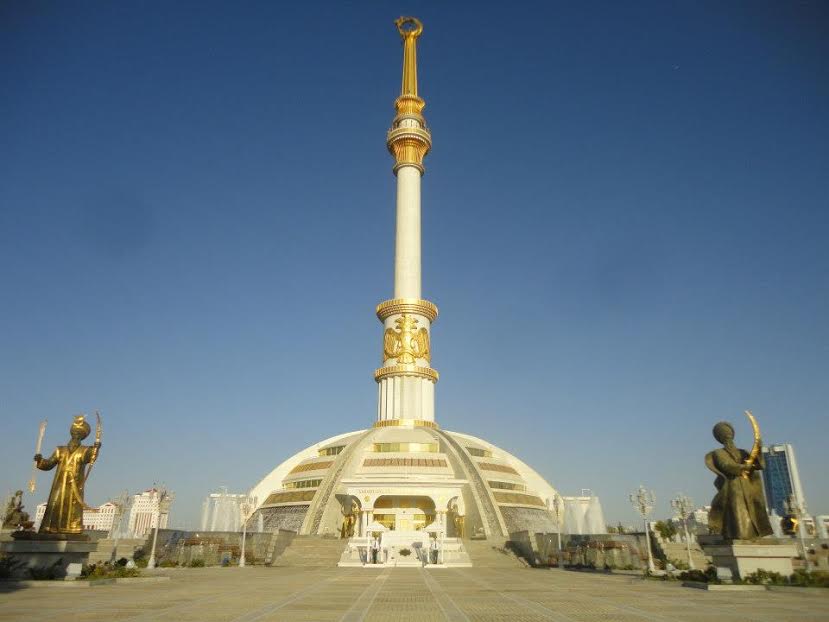 we need to fly to Ashgabat or Tashkent or drive down to Bishkek. While it’s hard work organising tours and catering to travellers’ needs, it also isn’t time dependent; we can be up until 1am answering emails and booking trips, but we can also then sleep in.

Do you have a favourite shoe which you take when you’re travelling.? If so…what kind of shoe is it?
I’ve owned the same pair of boat shoes for 4 years. They’re sturdy, comfortable, used to have good grip and don’t look too out of place with more formal clothing. They’re also slip on which makes taking them off and putting them back on when visiting places where shoes aren’t allowed much more convenient.

What is the next trip you have planned and why do you want to go there?
All of the future trips we have planned are in Central Asia. We have trips coming up to Turkmenistan, Uzbekistan and Kyrgyzstan. The next trip I’m looking the most forward to is the Independence Day trip in October. Last year we had so much success in seeing and doing 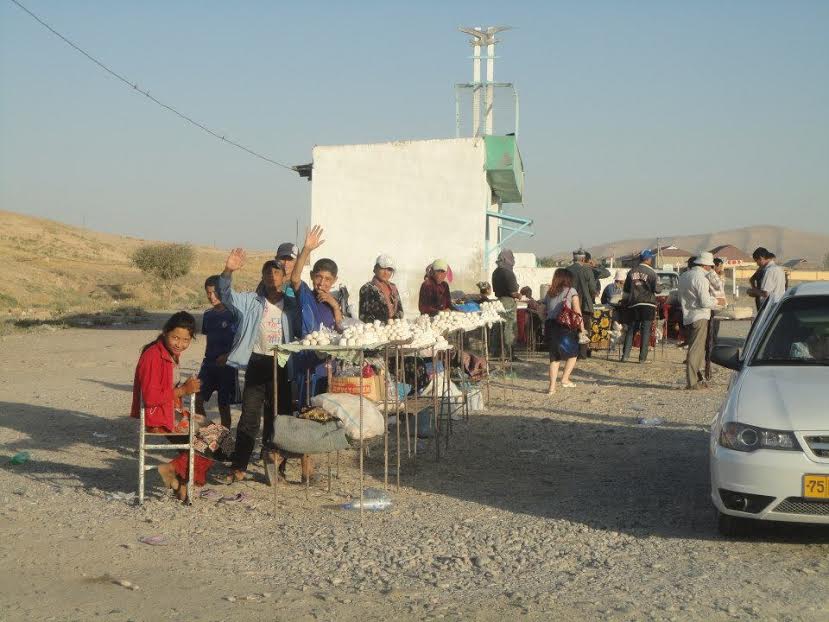 things no one before us had ever experienced, so we’re quite excited to see what we can pull off this year.

Are there any other places in the world you’re just dying to visit? If so where and why?
I suppose South America has been on the radar for a while, but its not going to happen any time soon, there is just way too much happening in Central Asia for us! South America is the new South East Asia for backpackers; it’s becoming very popular and has so many interesting sites to see, but that does mean that Central Asia is now becoming the new South America!

If you want to read more about the travel adventures of Young Pioneer Tours Central Asia, check their website. All photos are made by Young Pioneer.